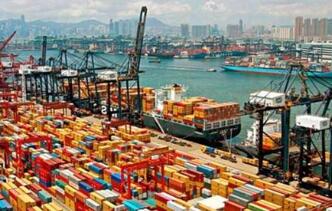 Nantong reported a 5.2 percent month-to-month growth in imports and exports in June, with the total volume valued at 21.34 billion yuan ($3.09 billion).

Statistics from the local customs show that the imports were valued at 6.96 billion yuan in June, up 25.2 percent year-on-year.

In the first half of this year, the city's total foreign trade was valued at 118.55 billion yuan, dropping 1.6 percent year-on-year and ranking fourth in Jiangsu province.

From January to June, general trade amounted to 87.38 billion yuan, accounting for 73.7 percent of the city's total foreign trade. The proportion was 20.4 percentage points higher than the province's average.

Driven by the solar power cell and integrated circuit sectors, the city's exports of hi-tech products increased 15.3 percent in the first six months and accounted for 15.8 percent of the city's total foreign trade.

A total of 45 foreign-funded projects were signed during the first six months.