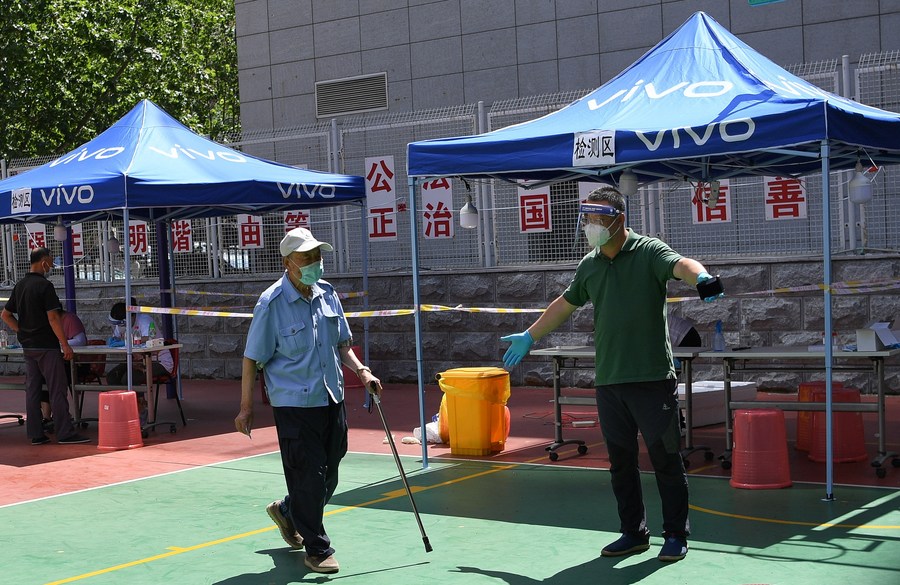 A resident prepares to take nucleic acid test of COVID-19 under the guidance of a community worker in Dalian, northeast China's Liaoning Province, July 27, 2020. (Xinhua/Long Lei)

The northeastern Chinese city of Dalian has preliminarily ruled out the possibility of the recent COVID-19 resurgence originating from domestic transmission, according to the local health commission.

An epidemiological survey showed that the local outbreak since July 9 may have started from a seafood processing workshop in the Dalian Kaiyang World Seafood Co., Ltd., said Zhao Zuowei, director of the Health Commission of Dalian.

The gene sequence of the local virus samples is different from that of the domestically prevalent virus in China, and the connections with outbreaks in Urumqi, Beijing and several other cities in northeast China have also been ruled out, Zhao said.

The possibility that the virus is imported from overseas has not been excluded, Zhao said.

By the end of Sunday, Dalian had reported a total of 87 confirmed local cases during the recent resurgence.