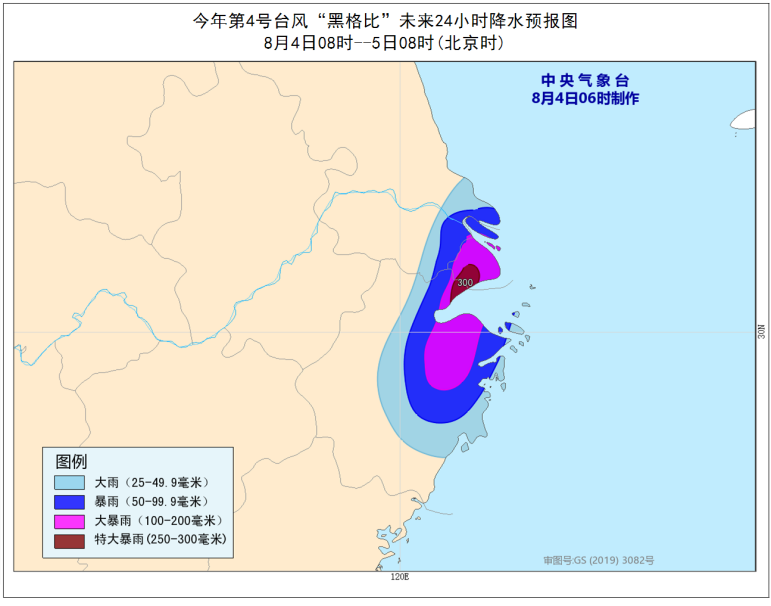 China's national observatory on Monday issued a yellow alert for Typhoon Hagupit, which is forecast to make landfall on the coastline between Zhejiang and Fujian as a severe tropical storm Monday night with heavy rainfall expected in Jiangsu on the following day.

The typhoon, the fourth of this year, was observed at waters 460 km southeast of Cangnan County in east China's Zhejiang Province at 5 a.m. Monday, with a maximum wind force of 90 km/h in the center, the National Meteorological Center said.

The NMC expects the typhoon to move northwestward at a speed of 20 km to 25 km per hour and continue to gain strength. 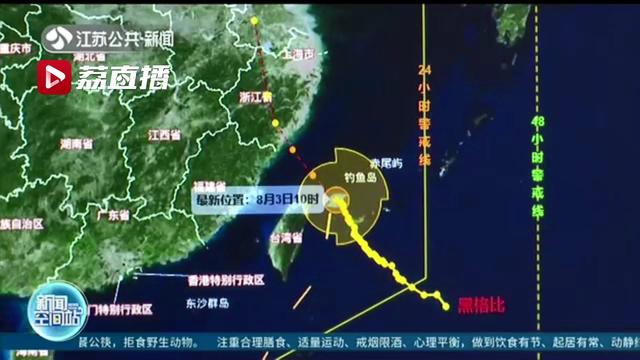 Gales are expected to hit some sea areas east of Taiwan, parts of the East China Sea and some coastal areas along Zhejiang, Fujian, Shanghai and Jiangsu from Monday morning to Tuesday morning, according to the NMC. Parts of southeastern Zhejiang will see heavy rainfall of 100-200 mm over the same period.

China has a four-tier color-coded weather warning system, with red representing the most severe weather, followed by orange, yellow and blue.