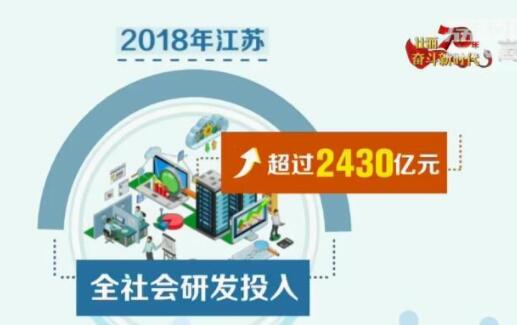 Jiangsu reports huge scientific and technological progress in past 70 years

In the operation control center of the dark matter particle detection satellite "Wukong", the big screen is displaying the trajectory and status of the Wukong number in real time. Four years after its launch, Wukong has sent back a lot of valuable data. In order to conduct more in-depth research, the Purple Mountain Observatory is stepping up the research and development of a new generation of dark matter particle detection satellite. 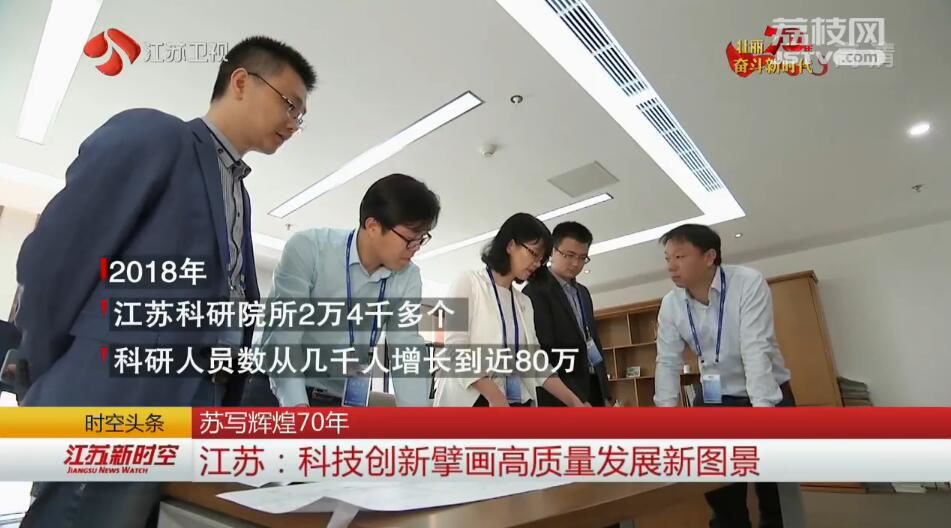 The Purple Mountain Observatory, which was launched in 1934, was the first modern astronomical research institution established by the Chinese themselves. It was also one of the first cornerstones of Jiangsu science and technology in the early days of the founding of New China. The six research institutes of the Chinese Academy of Sciences, represented by the Purple Mountain Observatory, form the basis of Jiangsu's scientific and technological work.

In the past 70 years, Jiangsu has increased its research institutes to more than 24,000, and the number of scientific researchers has increased from several thousand in 1949 to nearly 800,000. In 2018, more than 1,600 cooperation projects were launched between Jiangsu and the Chinese Academy of Sciences with the sales exceeding 130 billion yuan, ranking first in China for 13 consecutive years. 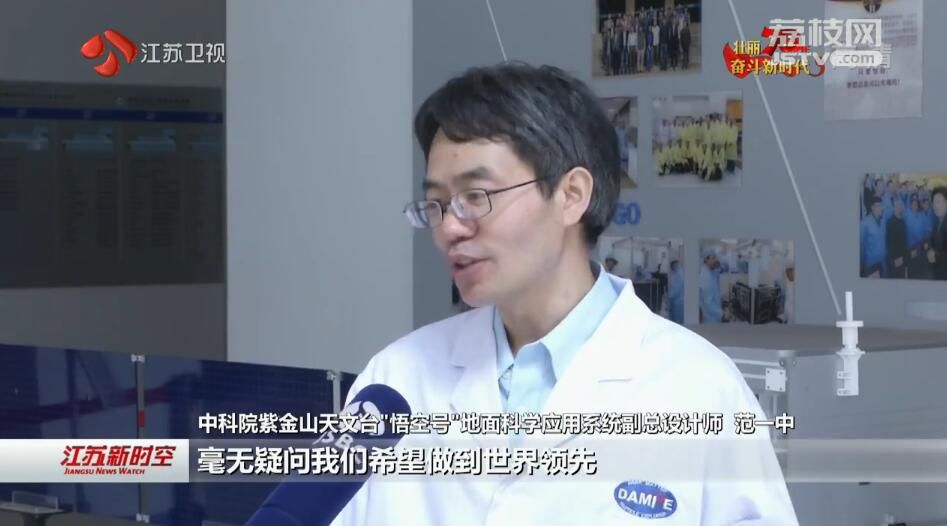 Fan Yizhong, deputy chief designer of the ground science application system of "Wukong", Purple Mountain Observatory：We are hoping to develop a larger and more sensitive detector to find the protons of dark matter in the electronic cosmic rays.Without a doubt, we hope to be world-leading and lead the world.

Yang Guishan, Dean of the Nanjing Branch of the Chinese Academy of Sciences:The Chinese Academy of Sciences has enjoyed a long history of cooperation with Jiangsu mainly due to our emphasis on science and technology innovation in Jiangsu.a forward-looking thinking,a grasp of future development needs and the technological innovation to promote economic development so as to promote industrial transformation and upgrading.

In the wake of the China Science Conference held in 1978, Jiangsu also held its Science Conference, ushering in a new era for technological innovation. In 1988, Jiangsu took the lead in proposing the strategy of “revitalizing the province through science and technology”. 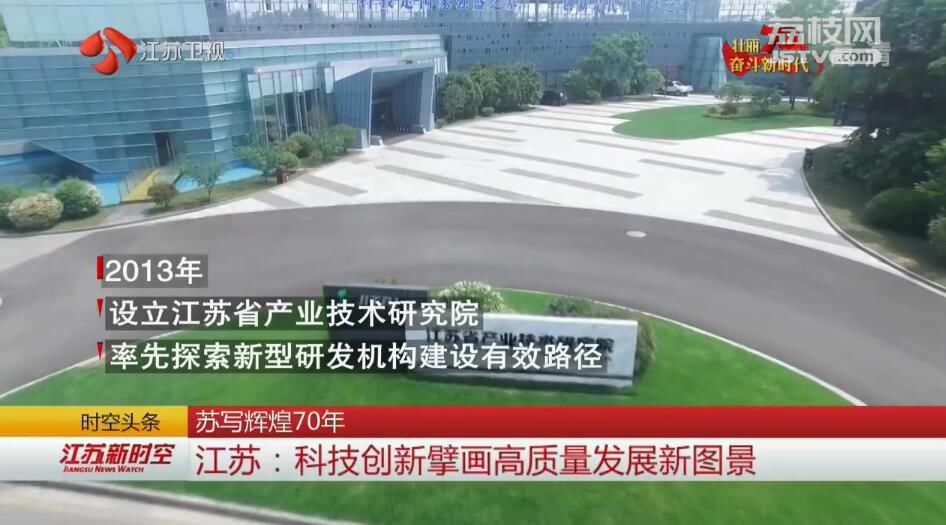 Since the 18th National Congress of the Communist Party of China, Jiangsu has adhered to scientific and technological innovation and institutional reforms to maximize the release of scientific and technological productivity. In 2013, with the establishment of the Jiangsu Industrial Technology Research Institute, Jiangsu took the lead in exploring the effective path of new R&D institutions in China.

In 2014, Jiangsu launched the Southern Jiangsu National Independent Innovation Demonstration Zone, the first of its kind in the country based on city clusters. Jiangsu's science and technology system reform entered the deepwater area. In 2017, Jiangsu began to operate the technology property rights trading market by building a new system of transformation between research and industry. 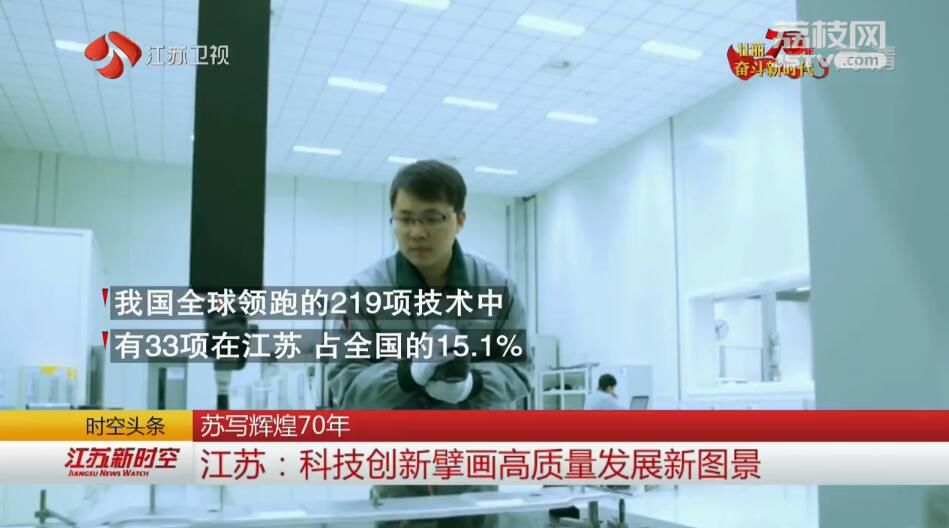 Statistics show that Jiangsu has contributed 33 to China's 219 world-leading technologies, accounting for 15.1% of China’s total. They include the Sunway Taihu Light super computer that has won four world championships, the world's first long-acting AIDS treatment drug Albuvirtide, the world's largest crawler crane, and the world's deepest diving submersible Jiaolong. Suzhou has emerged to be the world leader of micro-nano manufacturing research and development with 8 nano-industry centers. Jiangsu contributed 20% to the world’s photovoltaic production capacity. 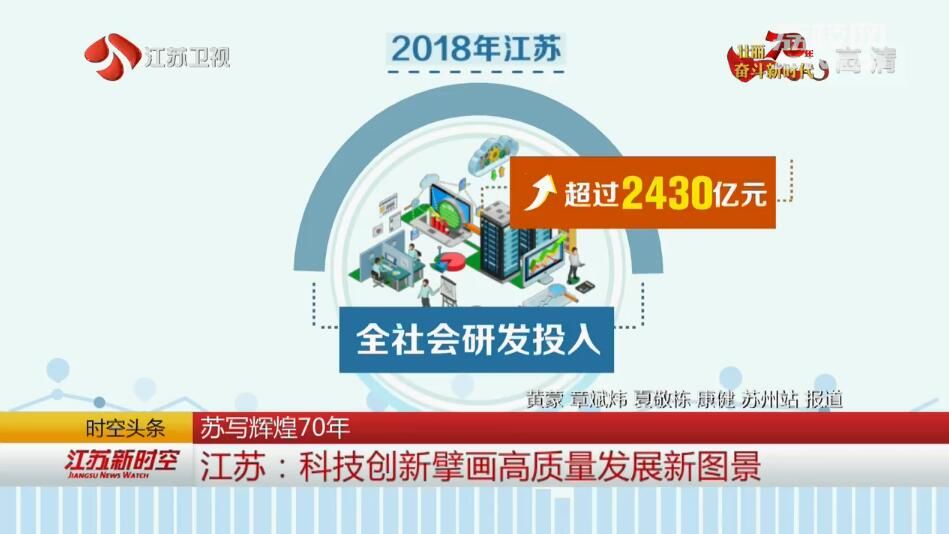 Since the 18th National Congress of the Communist Party of China, Jiangsu's regional innovation capability has been in the forefront of China for many years while its new economic new energy has accelerated the pace of development. In 2018, Jiangsu's R&D investment exceeded 243 billion yuan, nearly double the amount in 2012, and the contribution rate of scientific and technological progress reached 63.1%.

The output value of high-tech industries accounted for 43.8% of the total industrial output value above designated size, up 6.3 percentage points over 2012. The number of high-tech enterprises exceeded 18,000, which was 3.5 times that of 2012.