The four cities in Jiangsu listed under the national monitoring scheme saw slight increase in new home prices in July.

New home prices in Nanjing fell by 0.2% from July, up 5.4% from August last year, and the growth rate dropped by 0.3 percentage points from the previous month.

Compared with last August, the price of second-hand housing in Nanjing rose by 3.7%, an increase of 0.5 percentage points over the previous month.

China's home prices stayed largely stable during the first half of the year, according to a report from the China Index Academy.

Average home prices in 100 cities monitored by the academy rose 1.45 percent in the first six months, slowing from 2.64 percent a year ago.

"The property market has become more fragmented in different cities during the first half year," the report said. 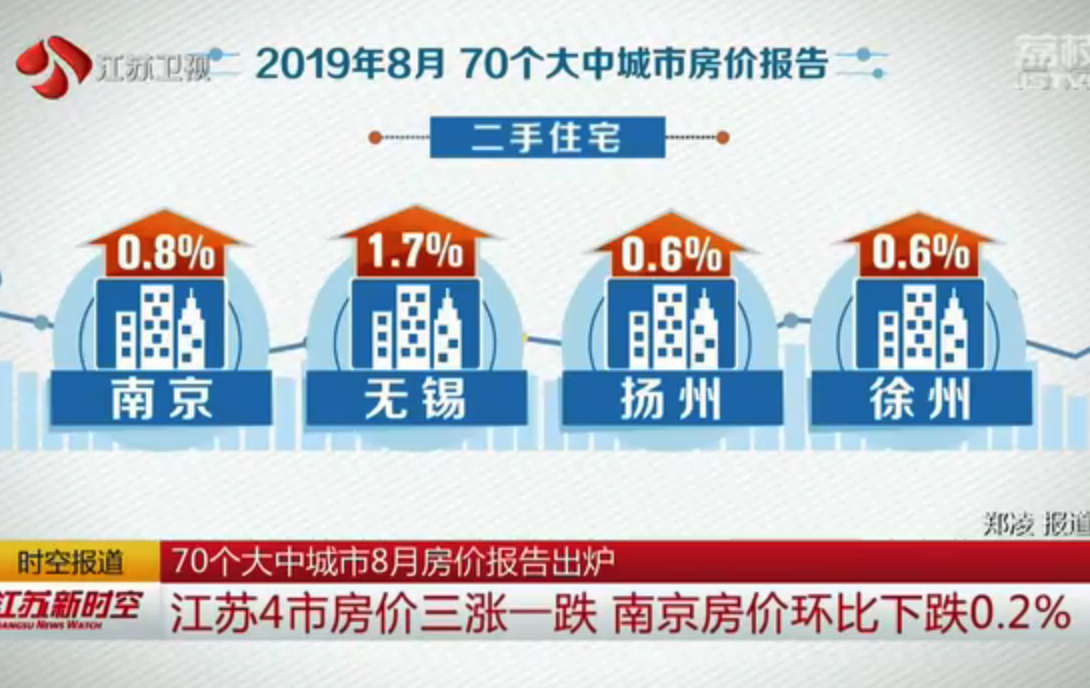 The secondhand home market remained stable during the first few months of the year but has recently shown signs of recovery. Top 10 cities reported a marginal 0.01 percent dip in used home prices in the first half.

China's banking regulator in late May also ordered banks not to channel funds into developers via the shadow banking sector.

This reflects the tightened measures authorities have implemented in accordance with market changes, according to the report.